The L3Harris DCB Solution is Unique in the Marketplace

Air travelers around the world accept delays and inefficiencies as part of the airport experience when traveling, particularly around the holiday season – but do they need to be?

L3Harris Technologies worked with UK NATS, the British air traffic services provider, to roll out a unique Demand Capacity Balancer (DCB) digital twin solution to streamline airport operations and ideally, make travel delays a thing of the past. The fully-operational L3Harris DCB solution is unique in the marketplace, as it delivers on what competitors might claim to offer but only L3Harris has rigorous proof of performance: implementation at the busiest airport in Europe, London Heathrow. The L3Harris DCB solution has been in operational use at Heathrow Airport since the summer of 2017 and has enabled airport operators to considerably reduce air and ground delays when compared to conventional air traffic flow management (ATFM) methods.

“Heathrow Airport has been an excellent case study to validate the unique strengths of the DCB solution,” said Gary Dixon, General Manager UK NATS for Heathrow Airport. “In providing an accurate rolling prediction of the airport’s traffic demand and capacity, and integrating local and global weather forecast data, DCB has improved Heathrow Airport’s predictive schedules and helped streamline our air and ground operations.”

DCB's second phase, which supports the future concepts of Target Time of Arrival (TTA), was successfully validated with support from Eurocontrol NMOC, NATS and Heathrow Airport.

Initial validation results were obtained from the pan-European ATM research and development initiative SESAR, which orchestrated Very Large Demonstrations (PJ24) to determine the impacts of the DCB on European air traffic flow. The initial results showed considerable reduction of air traffic and ground operational delay compared to conventional ATFM regulations by as much as 41 percent. Further validations of the L3Harris DCB solution will be done in 2020. 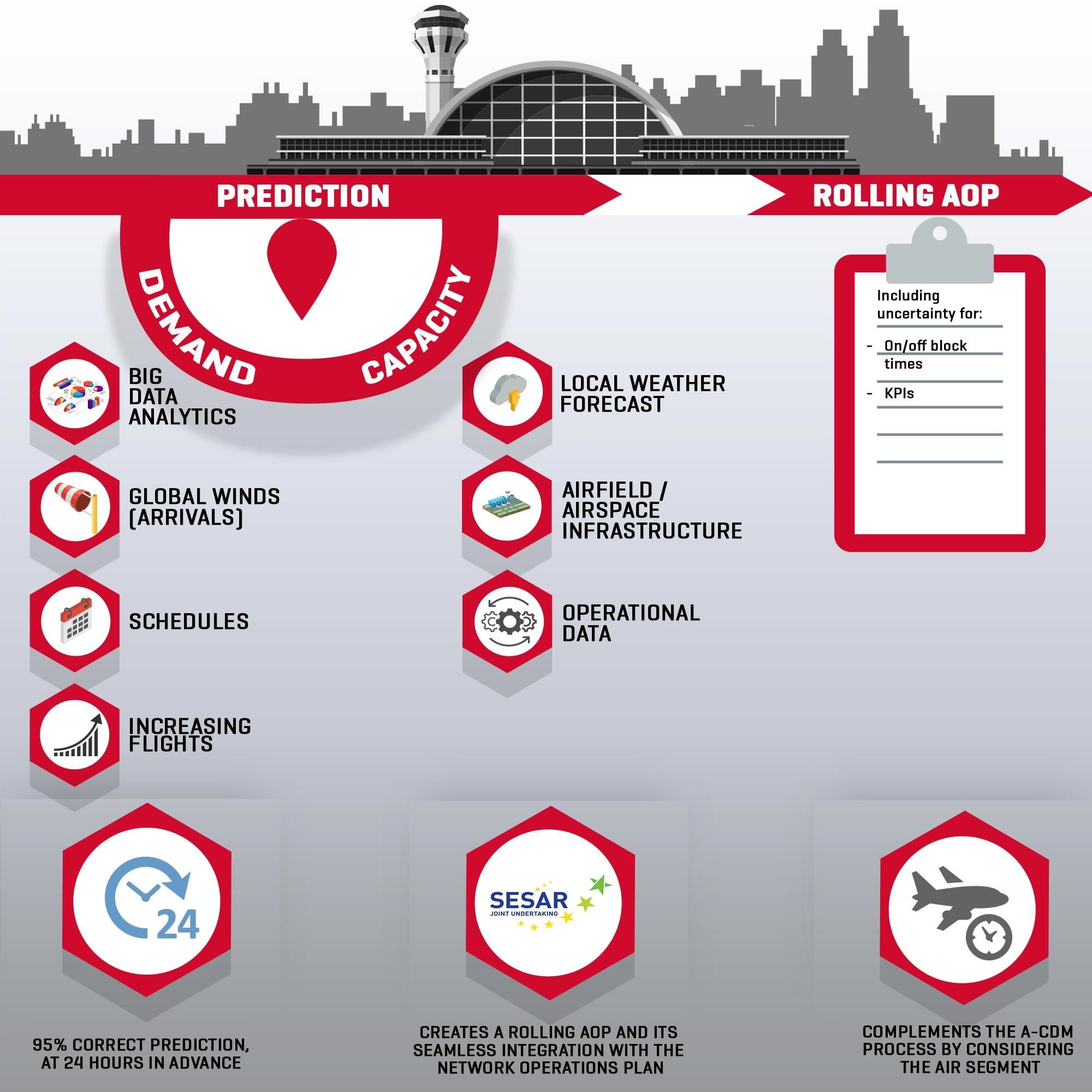 The L3Harris DCB solution meets the European ATM Master Plans for High Performance Airports by provision of a rolling AOP (AOP11) that is in alignment with SESAR (AF2 and AF4) and provides a complete picture to balance aircraft demand and capacity from months in advance until the day of operations.  DCB also enables seamless integration into Network Operation Plan (FCM05) and corresponding APOC related objectives.

“We are confident that the value of DCB will be recognized by all capacity constrained airports around the Globe,” said Frank Koehne, Managing Director, L3Harris Orthogon. “Joining together this valuable new air segment element with the existing ground segment of A-CDM, will enable a step change for the airport operator to influence more intelligent arrivals as opposed to the first come, first served randomness of today’s airport operations. The performance of the DCB solution at Heathrow Airport is an outstanding testament to the benefits that predictive planning based on data analytics can provide to even the busiest of customers.”