Selected by ISS U.S. National Laboratory for space effects studies, the project consisted of an L3Harris RF circuit that was 3D printed by Nano Dimension Ltd, an additive manufacture electronics provider. Housed on the MISSE Flight Facility and mounted to the exterior of the orbiting laboratory, the harshness of space is the true test of the material’s durability, which could lead to the development of applications in future space missions.

“Additive manufacturing, or 3D printing, is playing a critical role in advancing the development and applications of small and nano satellites and the overall Low Earth Orbit (LEO) economy,” said Dr. Arthur C. Paolella, senior scientist, L3Harris. “The applications of 3D printing are broad, touching almost every aspect of research, design and manufacturing. The main objective of this project is to fly an experiment consisting of an integrated communications circuit fabricated by additive manufacturing and analyze the RF properties of those materials in a space environment.”

In addition to many satellites that use RF communications systems, the ISS orbits in a low Earth orbit environment, providing investigators and scientists a better understanding of how 3D printed technology tolerates the space environment. 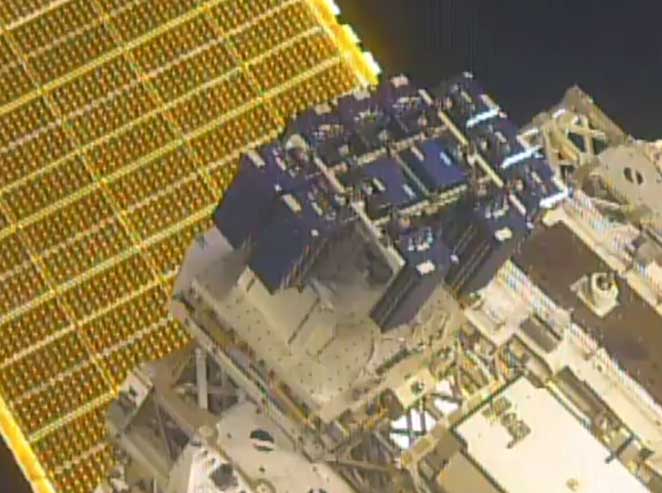 The experiment will stay outside the ISS for about six months before being brought back to earth for evaluation. Funding for the project is provided by Space Florida, the Center for the Advancement of Science in Space, and the L3Harris Innovation Office.