All in on LTE

All in on LTE

Prior to the terrorist attacks carried out on Sept. 11, 2001, much of the nation’s public safety communication networks were incapable of interconnecting to and communicating with other agencies or communities. One finding from the 9/11 Commission Report of 2004 was that public safety responders require a more-unified way to communicate, including the establishment of a dedicated nationwide public safety broadband network.

The Middle Class Tax Relief Act of 2010 funded the establishment of the FirstNet Responder Network Authority, which partnered with AT&T to build the first such network. Other carriers, including Verizon and T-Mobile, followed suit with their own mission-critical broadband offerings.

“We believe there’s a significant opportunity for converged or hybrid devices,” added Elder. “Our XL Series of Radios includes portable and vehicular-mounted form factors that operate on both LMR and broadband networks, because we recognize LMR and LTE are complementary technologies and will operate seamlessly for the foreseeable future.” 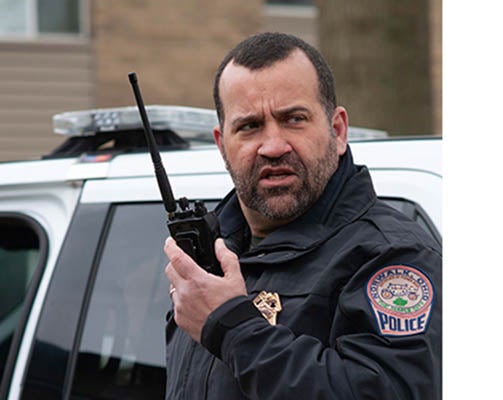 “First responders can now take what they’re familiar with in their personal lives and move these applications into their professional operations,” said Robert Butts, L3Harris Professional Communications Market manager. “With LTE, they can talk on a Push-To-Talk application outside their LMR network. They can add capabilities and information that previously was only provided by voice.”

One example is Computer-Aided Dispatch: with the expanded bandwidth of LTE, CAD reports can now include information such as photos to aid first responders preparing for response before they arrive on-scene.

As these types of innovations become more-readily adopted and available, “Next-generation 911 will truly move into the digital age with fully integrated multimedia,” according to Butts. New capabilities to this end could include 911 callers submitting video to the CAD, which can automatically be sent to responding officers.

Best-in-class radios, applications and systems designed for the demanding world we live in.

Rugged, interoperable solutions tailored to take the heat and keep your team connected.

Built for resilience and flexibility to meet evolving challenges.