The Sky's No Longer the Limit

The Sky's No Longer the Limit

The U.S. Air Force is on the verge of benefiting from game-changing levels in resilient connectivity following the successful completion of L3Harris Technologies’ latest demonstration with industry partners.

In November 2021, L3Harris demonstrated its Broadband Resilient Aerial Interoperable Network (BRAIN™) capability to the Air National Guard – the third time the company’s High Capacity Backbone (HCB) solution has been demonstrated to the Air Force since August 2021. Further demonstrations are planned over the course of 2022.

Illustrating how warfighters can benefit from a network with extended levels of Beyond-Line-of-Sight (BLOS) connectivity and secure processing speeds during air operations, the L3Harris demonstration employed a variety of mature technologies to ensure data throughput up to 600 Mbps – the equivalent of streaming 24 4K Ultra-high-definition movies – simultaneously and without interruption.

BRAIN provides warfighters a WiFi-like network bubble with resilient, scalable and high-throughput communications at the tactical edge as well as in contested environments. Fehlen likened the technology to a personal WiFi network, where one can automatically connect to the internet – and to nearby, accessible networks when needed – and share data with others on the same network. 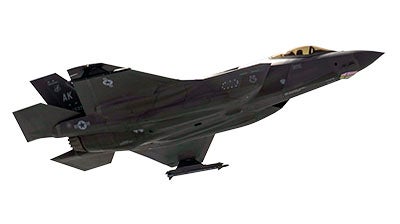 “Our solution provides a similar capability for air forces allowing the warfighter to move large amounts of data between platforms across the battlespace using SATCOM, Mobile Ad-hoc Networks and other Line-of-Sight and BLOS communications networks,”  he said. “HCB is all about speed. We’re using mature solutions and applying them to a new mission. This is what the government is in the process of securing through HCB.”

The solution is intended to enable F-35, F-16, F-22 and F-15 aircraft to communicate and share data in a secure manner, Fehlen added.

HCB is ideally positioned to support the U.S. Department of Defense’s JADC2 concept by enabling a single operating environment that connects multi-domain assets and platforms operating in the air, on land, at sea and in space.

Machine Learning and Artificial Intelligence also play important roles in HCB, with algorithms “churning” through huge amounts of data to assist the warfighter, he said. These algorithms assist in the selection of the most-efficient communication pathways to ensure maximum levels in connectivity, even in degraded environments.

L3Harris continues to work with industry partners and the Air Force to develop an HCB-specific airborne pod, expected to be integrated on board the service’s tankers as well as other Intelligence, Surveillance and Reconnaissance platforms in the future.

“The pod is the smaller piece of the HCB concept,” Fehlen said. “There's a number of pod solutions out there. We are focused on the communications architecture while the government refines its requirements for the pod design.”

BRAIN is suited to support contemporary and future military operations in a potential “Day Without Space” – an event in which SATCOM is significantly disrupted and degraded by peer adversaries.

The reliance of satellite communications can pose a risk to U.S. operations in time of conflict, warned the Mitchell Institute in a study published last year: “The U.S. military relies on satellite communications to support the bulk of its over-the-horizon communications, but its current systems are poorly aligned to meet the requirements of its emerging operational concepts and are increasingly vulnerable to adversary counterspace capabilities. Modern military operations are increasingly data intensive and dispersed, requiring secure networks to reliably share large amounts of data with minimal latency over vast distances, across different domains, to large numbers of users.”

Such a threat was illustrated on November 15, 2021, when the Russian Federation conducted a direct-ascent, anti-satellite missile test to successfully destroy one of its own geostationary satellites.

“SATCOM has been uncontested for so long, and we haven’t thought about what happens if it's gone,” Fehlen said. “We're in that day now, hence why we employed PTW to secure SATCOM in our latest HCB demonstration. PTW is one of those capabilities that is critical in providing that aerial network if space assets are disrupted.”

As a resilient open-architecture network solution, BRAIN is also ready to support the rapid integration of emerging technologies and capabilities, depending upon demand signals from the Air Force and wider Defense Department community.

“We've already considered the integration of commercial SATCOM, Low Earth Orbit satellite constellations and other emerging waveforms into HCB, which would enable us to add even greater capability in the future,” Fehlen said, adding communications-on-the-move will also be demonstrated later in 2022. “This HCB capability could quite easily end up allowing the end user to develop new and emerging concepts, because they have this upgraded capability. It's a pretty exciting time, and we're looking forward to getting it out there as fast as we can.”