The benefits of utilising open standards within the battlespace have long been discussed and advocated by the defence industry as a whole. There is, however, a consistent issue that continues to hold Defence back from realising the true value of open standards: the approach remains disjointed.

The benefits of utilising open standards within the battlespace have long been discussed and advocated by the defence industry as a whole. Defence clearly recognises that taking an open standards approach to the technology it harnesses can unlock a myriad of possibilities for mission success, not least in the drive to achieve multi-domain integration.

There is, however, a consistent issue that continues to hold Defence back from realising the true value of open standards: the approach remains disjointed. While the concept of open standards enabling ‘openness’ is widely accepted, the execution of this in reality is still incredibly siloed. Within the UK, for example, new standards are constantly being developed by Defence organisations, but in most cases are still only being shared with preferred partners and suppliers. If only certain people have access to a standard, this is not indicative of being truly open.

It’s a similar story in the US, where overlapping technical domains are developing standards with differing definitions and varying degrees of openness. As a result, they are left with multiple competing standards, leading to many Defence organisations adopting standards that aren’t really open and no more interoperable in a multi-domain environment.

The problem with the current approach to open standards

The irony of this partial ‘openness’ is that one of the fundamental ideas behind open standards is to avoid vendor lock-in. Providing access to only specific partners and suppliers still constitutes vendor lock-in, going against the very principle. Open standards should realistically enable any number of industry suppliers to contribute, ensuring Defence gains the best possible solution to a challenge.

Continually investing in competing standards, creating multiple pockets of standards where there isn’t a compelling need, is counterproductive. After all, a hundred one-off open standards are really no different to sticking with a stovepiped, proprietary solution. This isn’t always a deliberate decision, and is often due to a lack of internal communication resulting in duplicated effort. It’s highly likely, for example, that three different forces could be using three different standards to achieve the same ends when the ultimate goal being sought is actually multi-domain integration. This fragmented approach only emphasises that while the defence industry is attempting to converge by utilising open standards, in some areas we are still diverging. Defence now needs to actively reduce the volume of competing standards currently available and consolidate these down wherever possible.

All of this said, in some areas Defence is becoming more open; industry working groups are now available to contribute to, and there is often the opportunity to go through open standards bodies such as The Open Group® for support. The fact remains, however, that a formalised approach to open standards has not yet been defined, which may be why the true benefits of utilising them are not being realised.

What is keeping Defence from truly embracing open standards?

Most often, the primary reason why a truly open approach is not taken is solely down to cost. There is often additional expense and time when transitioning existing product lines to modular architectures with open interfaces, however what’s important to remember is that this investment will also result in more agile, future-ready solutions that are “evergreen”. This means enabling capability that will always be up-to-date, ready to defeat emerging threats. You don’t need to buy brand-new kit each time legacy systems reach end of life or they break, you can simply add any new capability in and swap out the old. This results in significantly reduced through-life cost and minimises the need to return parts to the supplier for repairs or upgrades. 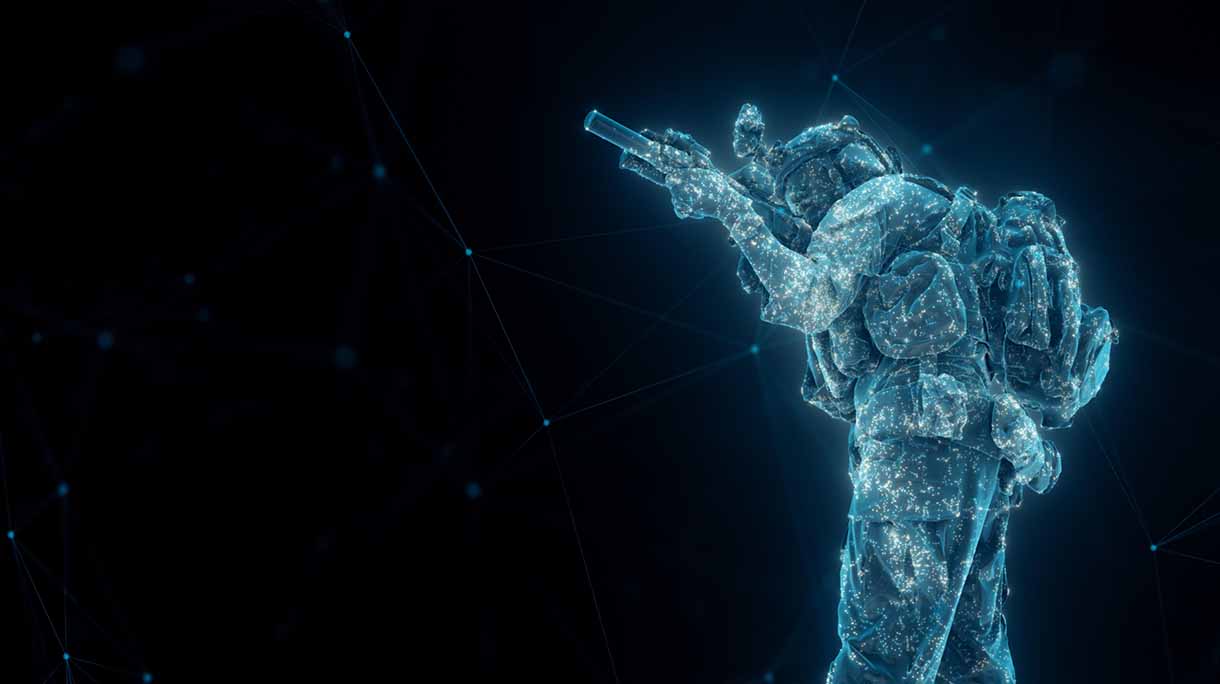 What’s more, although there is now a wide acknowledgment of this critical need for agile, future-ready technology, the decision process is still mainly geared towards immediate warfighting capability rather than adaptability in the face of the evolving threat environment. Decisions are generally made to resolve the here and now, at the expense of affordability and speed of future upgrades. This means that when it comes to developing and using standards, Defence will often sacrifice the utility of truly open standards-based longer-term solutions for the security of a near-term, vendor-locked capability. Ironically open alternatives are often available before the vendor-locked solution is fielded, but transitioning back to open is now cost prohibitive.

Adversaries are becoming ever more adaptable, fast-acting and agile, so any advantage of a near-term capability is transient at best. To be able to sustain capability overmatch we must be more agile than our adversaries, which requires us to be more forward-thinking in near-term trades and bias our decisions towards maintaining long-term upgradeability through modular open systems.

What needs to change?

While industry does its best to invest in the right areas to win contracts, working collaboratively with Defence is key to ensure that these investments are not misplaced. Defence consistently voices its interest in realising the benefits of multi-domain integration and the freedom of open standards, but will still often opt for the cheapest solution that solves their immediate problem instead. This makes it difficult for industry to understand where it is best to target investments. Defence now also needs to make adaptability one of the top priorities in its evaluation criteria and key performance requirements when tendering for suppliers. If adaptability to future threats and associated requirements doesn’t make the evaluation criteria, industry isn’t likely to invest in it.

The US in particular would benefit enormously from opening its FACE™ and SOSA™ Technical Standards up to international collaboration, enabling integration across domains and countries. Collaboration is a critical factor to the success of open standards, not only between industry and Defence, but within Defence itself. Defence must begin to challenge decisions to maintain open standards behind closed doors. A shift in mindset is required, moving away from the constraints of ‘need-to-know’ to the mantra of ‘need-to-share’.

As previously mentioned, industry working groups and communities of interest are beginning to spring up to provide a platform for this collaborative approach, however this is still very much in its infancy and must improve if its impact is to be successful.

There are certain security implications that give Defence pause when collaborating across industry to develop open standards. What we do is often sensitive, so it’s understandable that some systems which need to be ‘open’ are still met with reluctance. Having said that, industries such as banking are able to leverage open interface and security standards, so there is an argument for achieving this within Defence where the definition of an open interface can be developed independently of a specific platform or technology implementation. In fact, the National Institute of Standards and Technology (NIST) has widely publicised its Post-Quantum Cryptography Standardisation programme, actively publishing its security algorithms to ensure they are as secure as possible. If NIST is able to publish cryptography algorithms, there can be little argument for anything else being closed.

Industry would benefit immensely from gaining visibility into Defence’s open standards activity, and Defence would benefit from the innovation a larger industry community can bring to bear. Increased collaboration in this area will also enable Defence and industry to agree on common interfaces and set the appropriate boundaries to secure and protect the integrity of these standards while still ensuring interoperability.

Is being truly ‘open’ actually achievable for Defence?

While some Defence organisations are working hard to get open standards right, with programmes such as the Army’s Future Vertical Lift and Optionally Manned Fighting Vehicle leading the charge in the US and the Generic Vehicle Architecture initiative making strong progress in the UK, there is still a significant lack of awareness and education on what being ‘open’ really is and why it’s so important. Only by understanding how open standards can be best harnessed within defence solutions, collaborating extensively with industry to apply this approach, and embracing an open mindset can the true benefits of open standards be fully realised. Our adversaries are increasingly adaptable, so a concise and consistent modular open systems approach will allow Defence to sustain overmatch by delivering systems which can be replaced and upgraded with new and disruptive innovations at the speed of relevance.

L3Harris is committed to delivering the benefits of a modular open systems approach. Our open systems leadership and expertise spans more than 50 years and 130 platforms. We are actively engaged in open standards initiatives, working towards the goals mentioned here in delivering systems that are truly open. One system we’ve worked closely and collaboratively with our customers to inform the development of is CORVUS, our next-generation land electronic warfare (EW) architecture. Utilising an open standards approach, CORVUS enables forces to benefit from multiple Cyber and Electromagnetic Activities (CEMA) capabilities in a single, consolidated solution, minimising size, weight and power (SWaP), reducing through-life cost, and preventing vendor lock-in. Rapidly reconfigurable in the field, it’s ready for the threats of both today and the future.

Discover more about how we help to enhance your mission and achieve multi-domain integration here.