When we think about the impact weather has on our daily lives, we often overlook the behind-the-scenes heroes and technology that make advanced forecasting possible.

For the past 50 years, the National Oceanic and Atmospheric Administration (NOAA) has been on a mission to create a more weather-ready and resilient nation. Every weather satellite NOAA launches into space represents another step forward in providing fast, accurate and reliable forecasts that saves lives, protects property and enhances the economy.

From TIROS-1 to GOES-R Series 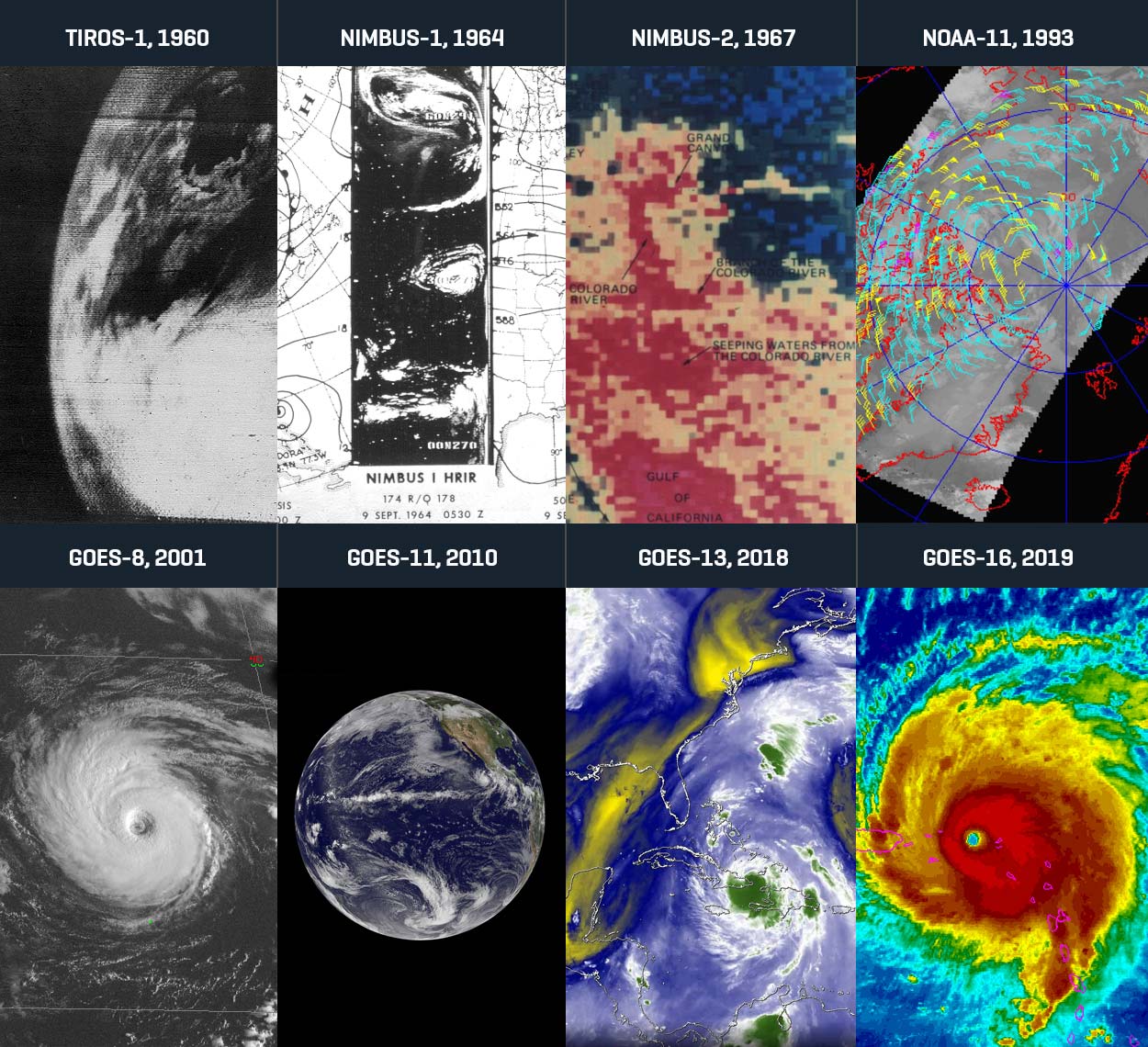 L3Harris has a rich history of designing and building mission-critical weather sensors and ground systems. In 1960, L3Harris transmitters enabled the first weather picture from space from the first U.S. weather satellite – TIROS-1. Since then, L3Harris has advanced the technologies and systems for collecting, receiving and processing weather and environmental information from remote sensing systems. L3Harris sensor technology has been on every NOAA low Earth orbit (LEO) weather satellite since 1978 and every NOAA geostationary orbit (GEO) satellite since 1994.

At 22,300 miles above the Earth you’ll find the most advanced NOAA weather forecasting technology ever deployed – the Geostationary Operational Environmental Satellites-R (GOES-R) Series. As a joint effort with NASA, the GOES program first began in 1975 with GOES-1. The most recent satellites, GOES-16 and GOES-17, represent a quantum leap in forecasting technology with L3Harris’ Advanced Baseline Imager (ABI) as the primary payload.

Before ABI was even declared operational, it played a major role in supporting the National Weather Service (NWS). In 2017, ABI imagery sent stunning imagery of Hurricane Harvey as it was hurtling toward Texas and Louisiana. NWS used ABI’s unprecedented resolution and rapid-scanning capability to track the eye of the storm in real-time, enabling emergency managers to safely evacuate 200 people before the other side of the hurricane eyewall struck.

"Harvey blew up so quickly, I think without GOES -16 Harvey could have been much worse." – Al Roker, weather forecaster, NBC Today Show

ABI’s ability to scan the full Western Hemisphere every 10 minutes while simultaneously scanning the continental United States every five minutes and more localized areas as often as every 30 seconds has enabled NOAA to not only improve weather warnings for hurricanes but for other natural disasters.

To ingest, process and distribute ABI and other data from GOES-R to the National Weather Service and 10,000 other direct users, L3Harris developed the GOES-R Ground system. As the backbone of GOES-R, it generates weather products in less than 30 seconds – a ­substantial improvement over previous technology.

Warnings to seek shelter during a tornado or advance notice to evacuate as a hurricane approaches are directly related to over 50 years of investment into NOAA’s satellite technology. Reducing the time and cost it takes to deploy new instruments is critical to staying ahead of increasingly extreme weather. With low-risk, high-reward enhancements to L3Harris’ flight-proven technology, NOAA can efficiently go from the design and build phase to a fully operational mission thousands of miles above the Earth. 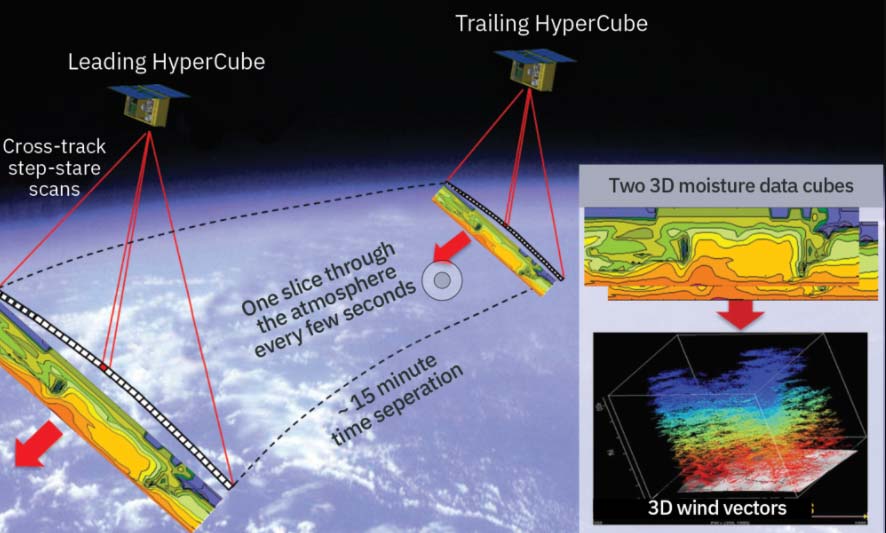 At a fraction of the size of CrIS, L3Harris’ HyperCube™ infrared sounder can be flown in a successive constellation to quickly provide three-dimensional temperature, pressure and moisture profiles – filling a critical gap in current technology. HyperCube provides a low-cost option for collecting more frequent, targeted soundings and new data products such as three-dimensional winds. Additionally, L3Harris’ experience deploying smallsats into LEO and as hosted payloads has supported end-to-end missions with shorter production timelines and higher production quantities.

To accommodate additional satellites and missions in a variety of orbits, L3Harris is developing next-generation ground system technology that can scale to NOAA’s evolving needs. Applying key cloud-enabling technologies, L3Harris technology can support weather models with higher data rates that run more frequently at higher resolution — all within a reduced physical footprint.