The Power of Convergence

The Power of Convergence

The ability for police, fire and other first responders to simultaneously communicate over traditional narrowband networks and LTE broadband networks is becoming a critical element when responding to threats in local communities.

L3Harris Technologies has led the way in offering solutions for converging traditional Land Mobile Radio (LMR) communications and LTE carriers with the latest in converged devices and interoperable infrastructure. Seamless convergence is the model for the future for first responders by offering flexibility, extended range and redundancy in communications. 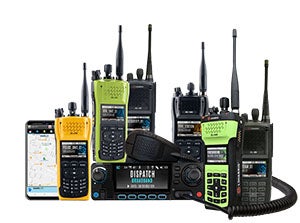 Constant connectivity is integral to safety operations in the fire service and public safety in general, according to T.J. Martin, Public Information Officer and Communications Coordinator for the Parma, Ohio, Fire Department. Martin’s department was one of the first in the nation to establish an inter-radio frequency subsystem interface between FirstNet® and the L3Harris XL Series of Converged Devices.

“LTE has become an outstanding addition to the radio system, because, with a small addition of FirstNet, now you have a national perspective on your communications no matter where you go,” Martin said.

Further, converged networks extend critical communication connectivity to support personnel by facilitating connections between their cellular phones with the more-rugged devices used by first responders at the front lines of community response.

“What L3Harris brings to the table are ruggedized radio solutions, hardened for mission-critical use cases, with integrated broadband capabilities embedded,” Nino DiCosmo, president of L3Harris’ Public Safety and Professional Communications business, said. “You get the device you’ve trusted for years with the added ability to communicate over a carrier network.”

Mission-Critical Push-To-Talk (MCPTT) is the standard for mission-critical users, including law enforcement, for voice communication over a cellular broadband network. This spring, the full L3Harris portfolio of LTE-capable mobile and portable devices will begin certification testing with carriers for MCPTT.

“We have a wide range of products to offer our customers for MCPTT, allowing them to purchase the right fit for their need,” Todd Perdieu, L3Harris vice president of Products and Strategy, said. “We have adopted the MCPTT standard and have fully integrated the solution, allowing our customer to pick the broadband network that works best for them.”

This becomes a “force multiplier” for customers by providing operators a true mission-critical network with prioritization features that is comparatively on par with the functionality of their traditional LMR networks, according to Jeremy Elder, L3Harris Product Management director.

“In our world, coverage is king,” Elder said. “Today, the combination of coverage provided by carriers along with LMR networks creates a strong communications capability that we see operating side-by-side for a long period of time.”

L3Harris is focused on technology allowing these two networks to coexist, providing a premium service to first responders.

Such technology within the L3Harris portfolio includes the entire XL Series of Converged Devices, in addition to the company’s Push-To-Talk-Over-Cellular solution – BeOn – broadband-managed services, device management and situational awareness-mapping, to name a few.

Delivering Communications Through Every Storm

Entry into a converged network is as easy as turning on an L3Harris radio. The company’s complete line of XL portable and mobile converged devices has the capability via the radio's embedded broadband modem.

For the last 20 years, the State of Florida has partnered with the company for its Statewide Law Enforcement Radio System (SLERS) using traditional LMR technology. Now, the company will upgrade Florida’s system to P25 Phase 2, providing 13,000 new converged devices that will all have FirstNet broadband and LMR network access embedded.

“What we’re building today is the largest deployment of converged devices and it will be fully interoperable between broadband and LMR,” Perdieu said.

Local law enforcement officers say the system and its updates are “exactly” what officers need to do their jobs.

“For our front-line officers in Bradford County and around the state, the ability to communicate is not just a potentially lifesaving necessity for themselves, but for the citizens they serve every day,” Sheriff Gordon Smith said in a recent Gainesville Sun column. “Officers will see both increased capacity and coverage with a new upgraded radio system. Future years will bring more benefits as Florida law enforcement users of SLERS will be able to supplement the SLERS network with the new FirstNet federal communications program.”

The Mission-Critical Push-To-Talk standard will move the industry from what has been proprietary technology to an interoperable ecosystem for first responders. L3Harris is committed to meeting customer requirements and providing market-leading converged solutions through this next era of mission-critical communications.

As an established innovator for critical communications, L3Harris is committed to supporting its customers’ emerging needs as it has consistently demonstrated for more than 70 years.