The U.S. Army will soon equip its ground forces with a new laser rangefinder capability that can “illuminate the battlefield”. 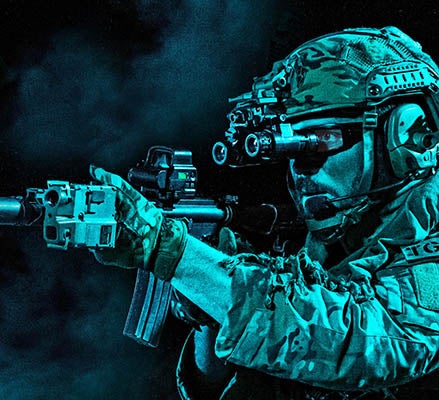 The company’s solution gives warfighters heightened performance and enhanced visibility at extended ranges during field maneuvers, surveillance and engagement, all while remaining undetected during dismounted and vehicle-mounted missions.

L3Harris received an initial production order from the U.S. Army in July 2020 for more than 1,000 combat-ready laser rangefinder systems. The company built upon its legacy inventory of products to advance state-of-the-art laser rangefinder technology in coordination with its existing customer base, which includes the U.S. Army and Special Operations Command (SOCOM).

“We’re continuing to move our technologies forward for critical defense applications," Lynn Bollengier, president of the L3Harris Integrated Vision Systems business, said. "Today, there is nothing else out there to meet the emerging requirements of the U.S. Army, and L3Harris has been able to own the footprint on the rail of the weapon for laser rangefinders.”

The company leveraged technology it has developed for large, building- and airborne-hosted laser rangefinders and the latest in laser engineering to drive the same performance and efficiency these complex laser and receiver technologies deliver in a small and efficient weapon-mounted package, according to Ed Miller, L3Harris senior Systems Engineering scientist.

Based on the company’s Precision Aiming Laser, which was designed for SOCOM, STORM II benefits from reductions in size, weight and power over legacy L3Harris products, such as the Miniaturized Eye-Safe LRF (MLRF), STORM PI and STORM SLX.

Capable of measuring distance to a human-sized target at extended ranges, STORM II has already become a popular capability throughout the sniper community. The solution can also be integrated onboard remote-controlled weapon stations to support the target acquisition of tactical ground vehicles, be operated in any climatic conditions and withstand shock generated by heavy weapons.

“STORM II’s solid-state laser technology gives the warfighter very high energy pulses in a single pulse, so they’re able to send a single burst of energy in a very tight beam, confirming a range to target in several tenths of a nanosecond,” Miller said.

New combat-enhancement features include the introduction of an integrated ballistic calculator.

Additional features of the STORM II include an integrated digital magnetic compass, which provides operators with the ability to conduct azimuth and elevation measurements in addition to “rudimentary” target location, Miller said.

Further, STORM II features an integrated ballistic calculator capable of running a variety of algorithms available to the U.S. Army and SOCOM. The calculator measures temperature, humidity and pressure before autonomously calculating ballistic offsets for specific ammunition types being fired.

“In the past, soldiers might have entered ballistic data into a separate computer, but now we include that capability within STORM II,” Miller said. “This is critical for long-range operations where the warfighter must account for bullet drop.” 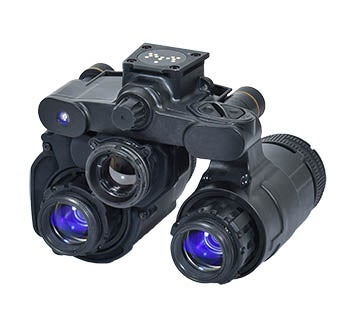 STORM II can also be connected to the Intra Soldier Wireless network—a U.S. Army concept designed to connect soldier devices wirelessly. Data generated by the device can be shared on the ISW network and displayed on-board any ISW-enabled device, including the L3Harris Enhanced Night Vision Goggle — Binocular (ENVG-B), which is currently in service with the U.S. Army. STORM II also has the option for Bluetooth capability.

Concepts of Operation for STORM II will vary and depend upon levels of capability demanded, according to Feinauer and Miller.

STORM II could also be an ideal candidate to furnish U.S. Army Stryker Infantry Fighting Vehicles and Next Generation Combat Vehicles with a state-of-the-art laser rangefinder for precise and long-range engagements, according to Feinauer. The Army’s plan is to deploy the latest generation of laser rangefinders to snipers and squad leaders, cascading earlier solutions outward through the troops as more of the latest innovations enter into service, he added.

EYES TO THE FUTURE

L3Harris continues to enhance its family of laser rangefinders to stay ahead of future requirements.

Areas of interest include further improvements to STORM II and the U.S. Army’s Advanced Transceiver Optical Module (ATOM) concept, which L3Harris is under contract to support.

ATOM prototypes aim to proliferate the technology across every multi-domain platform in the modern battlespace, and feature a transmitting laser, receiver module and IR pointer—all of which are integrated into a single module and controlled by a universal end-user device and software command set.

“ATOM is the I2 tube of laser rangefinders,” Miller said. “ATOM takes all the core laser rangefinder capabilities and combines it into a single module that’s platform- and application-agnostic.”

The U.S. Army is moving away from separate, standalone devices to provide laser rangefinder capability and moving toward a single system that can be integrated into other devices, Feinauer added. This would allow the system to be modularized for various platforms and applications—including unmanned aerial systems, tactical ground vehicles and dismounted troops—and drive down cost by increasing production numbers.

L3Harris had already delivered 15 first-generation ATOM units to the U.S. Army with between 30 and 50 second-generation units scheduled to be delivered over the course of 2021.

“ATOM is the core of our future and will open up many different applications for laser rangefinder technology,” Feinauer said. “Our intent is for L3Harris to be an original equipment manufacturer supplier of this ATOM module.”