High Capacity for the High Seas

High Capacity for the High Seas

For example, amidst mounting interference around its shoreline borders last year, the United Arab Emirates stated during the United Nations Security Council’s open debate on maritime security: “The UAE is committed to maritime security and the protection of commercial shipping. We are, therefore, seriously concerned by the sharp increase in the number of attacks and threats made against commercial ships in our region, including recent attacks off our coasts and the coastlines of Oman. Attacks on shipping in our region have implications that extend far beyond our waters… The UAE will continue to prioritize de-escalation and work in close coordination with partners to ensure the safety and security of maritime navigation in our region.”

Whether in the littoral zone or in the open sea, maritime operations require resilient communication technology to avoid transmission interception.

To this end, the L3Harris Technologies Broadband C5ISR Maritime Communications System enables unmanned surface vessel operators to make more-informed tactical decisions with data from a robust spectrum of sensors, from intelligence, surveillance and reconnaissance; command and control; and telemetry, among others, with a resilient L3Harris high-capacity waveform. 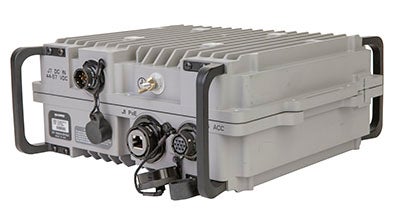 Applicable for both military and commercial use, the combination of the L3Harris Tactical Communications business’s Falcon III® RF-78x0W high-capacity radio and the RF-7800W-AT30X electronically beam-steered Smart Antenna provides low-latency, near-real-time data sharing with over 230 Mbps ISR video and IP data throughput during a realistic operational environment. Multi-hop relay capabilities ensure continuous communications at greater ranges by allowing each radio or vessel to serve as both a transmitter and repeater.

“We designed, tested and validated this system specifically to meet the demands of current and future maritime operations,” Melissa Daminski, L3Harris senior director of Product Management, said. “Our solution adds an on-the-move capability to our battle-proven Falcon III technology with unparalleled levels of throughput and latency for this type of maritime communication system.”

The solution originated out of a current customer’s requirement for higher data throughput to push more imagery out to operators who were controlling unmanned boats with the RF-7850W and an omnidirectional antenna.

The incorporation of the Smart Antenna to the RF-7850W solution gives operators faster control of the vessel; and FIPS-certified security software and a resilient, anti-jam waveform provide a more-secure solution, reducing the chance of adversarial intercept.

“The RF-7850W and the Smart Antenna give unmanned vessel controllers better picture of their environment,” Daminski said. “Because of the massive data pipe, controllers can now view multiple high-definition video feeds with other sensors to get more-complete situational awareness.” 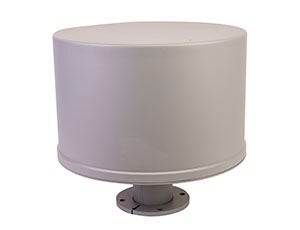 “The high bandwidth and low latency of radio systems such as the L3Harris RF78x0 series offer a game-changing, order-of magnitude-increase in capability to both our commercial and defence customers,” said Ben Derrick, Systems Engineering manager for L3Harris’ ASV business. “This technology is a critical enabler for increasingly complex, taxing and information intensive missions, allowing far greater levels of situational awareness, live streaming and bulk download of payload data.”

The L3Harris solution incorporates the specific requirements to operate in a maritime environment.

Among other considerations, the engineers made a concerted effort to maintain the Smart Antenna’s low center of gravity. The ruggedized hardware withstands vibrations associated with unmanned marine maneuvers – including piercing through waves – and prevents corrosion from salt fog. Further, the radio itself is covered by a frequency band generally unlicensed in most countries, facilitating more expeditious frequency authorization for the system.